Payment
CONNECT WITH US

As we move to 2022 and look back on 2021, COVID continues to control the litigation landscape for the Kansas City metropolitan area. Data released by the Greater Kansas City Jury Verdict Service shows that the total number of jury trials in the Kansas City area rose more than 80% from 2020, but remains down more than 40% from pre-pandemic levels

In 2021, 54 trials were reported, compared to 29 trials in 2020, 86 in 2019, and 104 in 2018. The numbers appear to reflect both COVID’s ongoing impact on postponing civil jury trials and the Court’s attempt to push through the backlog of cases created by the Pandemic. 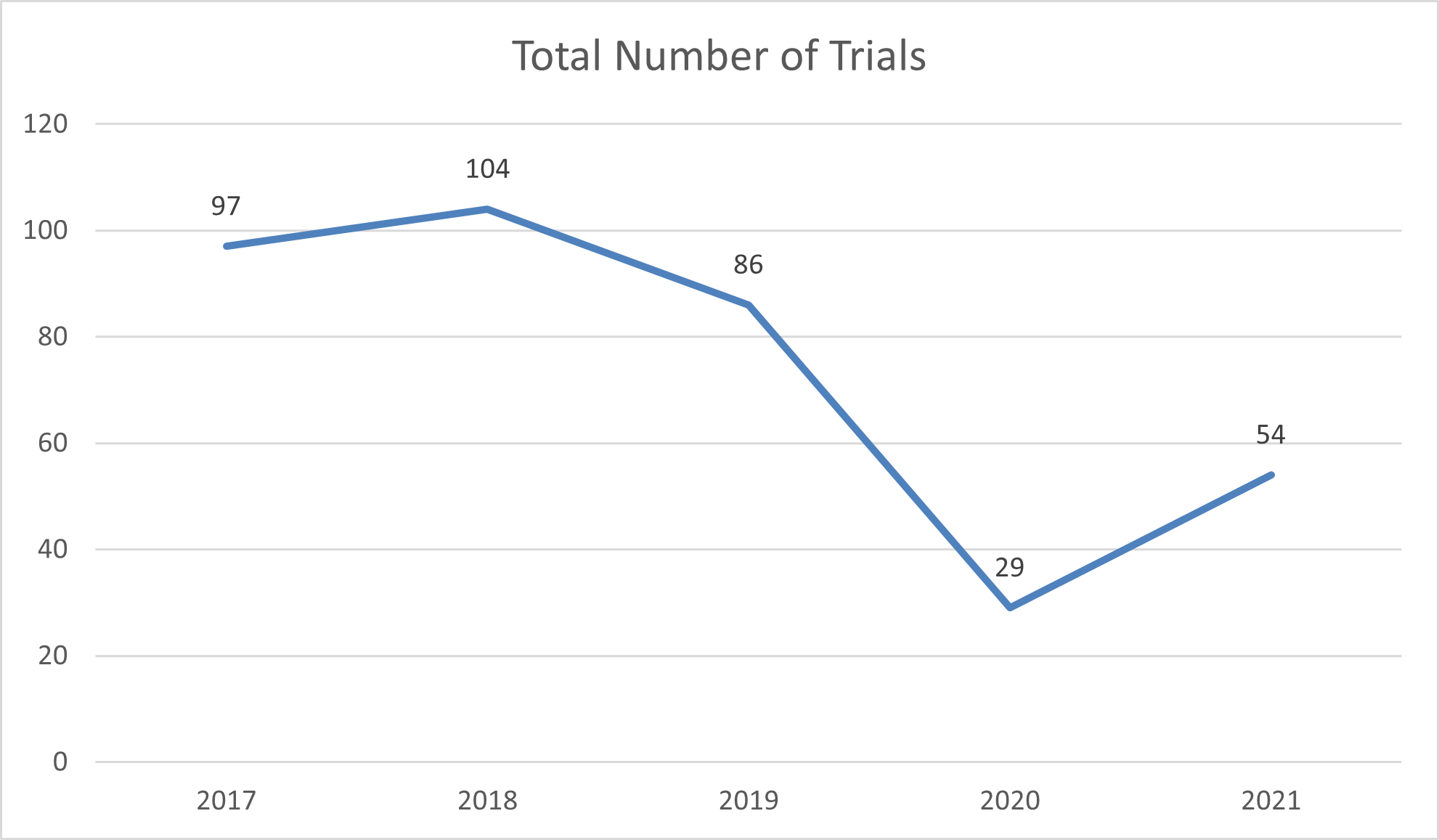 The Percentage of Jury Verdicts Favoring Defendants Remained Constant in 2021 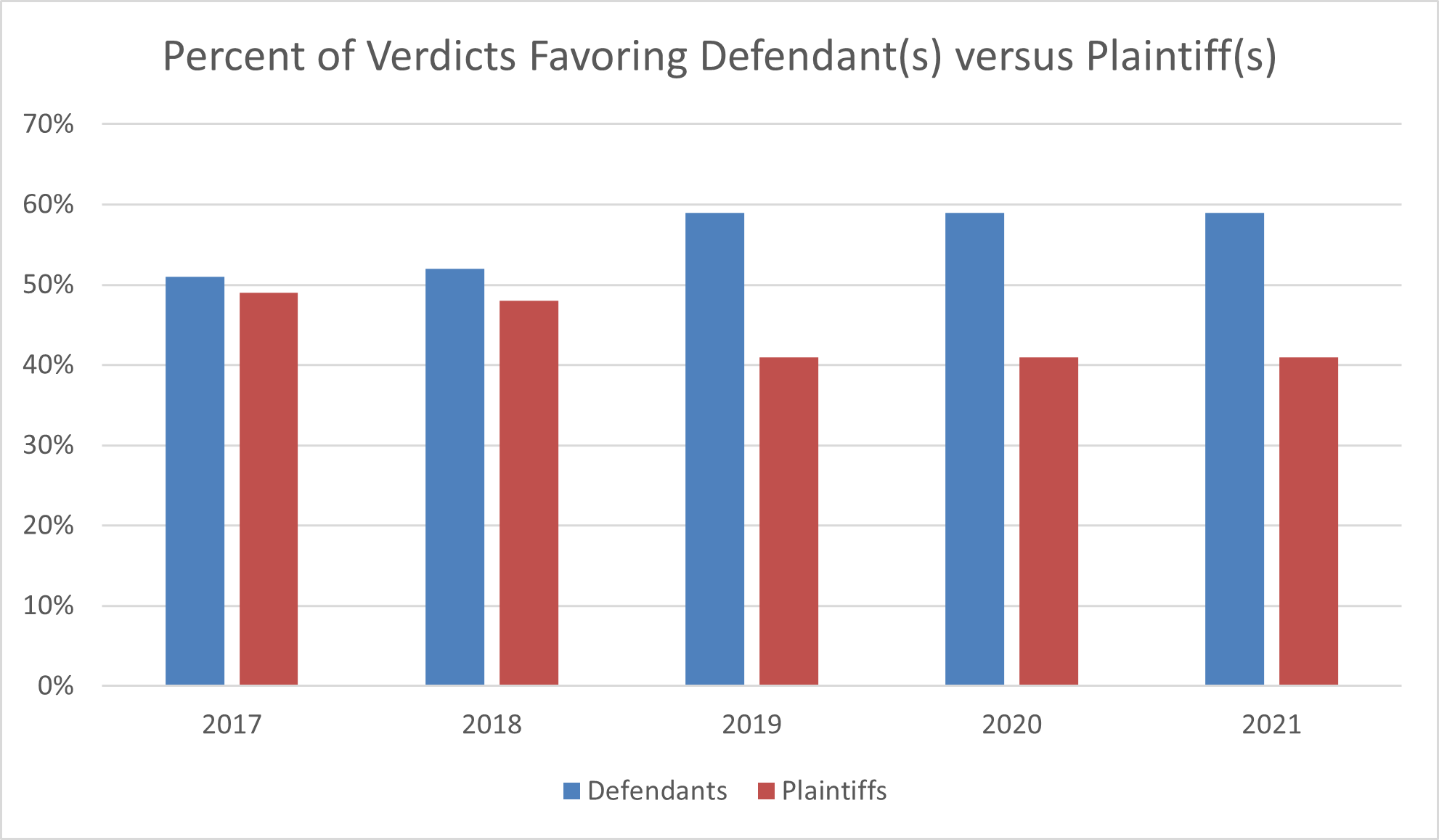 In 2021, the two highest-dollar verdicts accounted for 69% of the total damages awards to plaintiffs ($59.4 million of $86 million total verdict awards), compared to 2020’s two highest-dollar verdicts accounting for 78.8% of the total damages awards to plaintiffs. Factoring out the two high-dollar “outlier” cases, from both years, verdicts favoring plaintiffs increased by more than 14x compared to 2020 verdicts. Taking a longer view, however, the average value of verdicts favoring plaintiffs in 2021, without outliers, remains below the average value in 2018 and 2019. In 2021, 35% of jury awards were below $100,000. 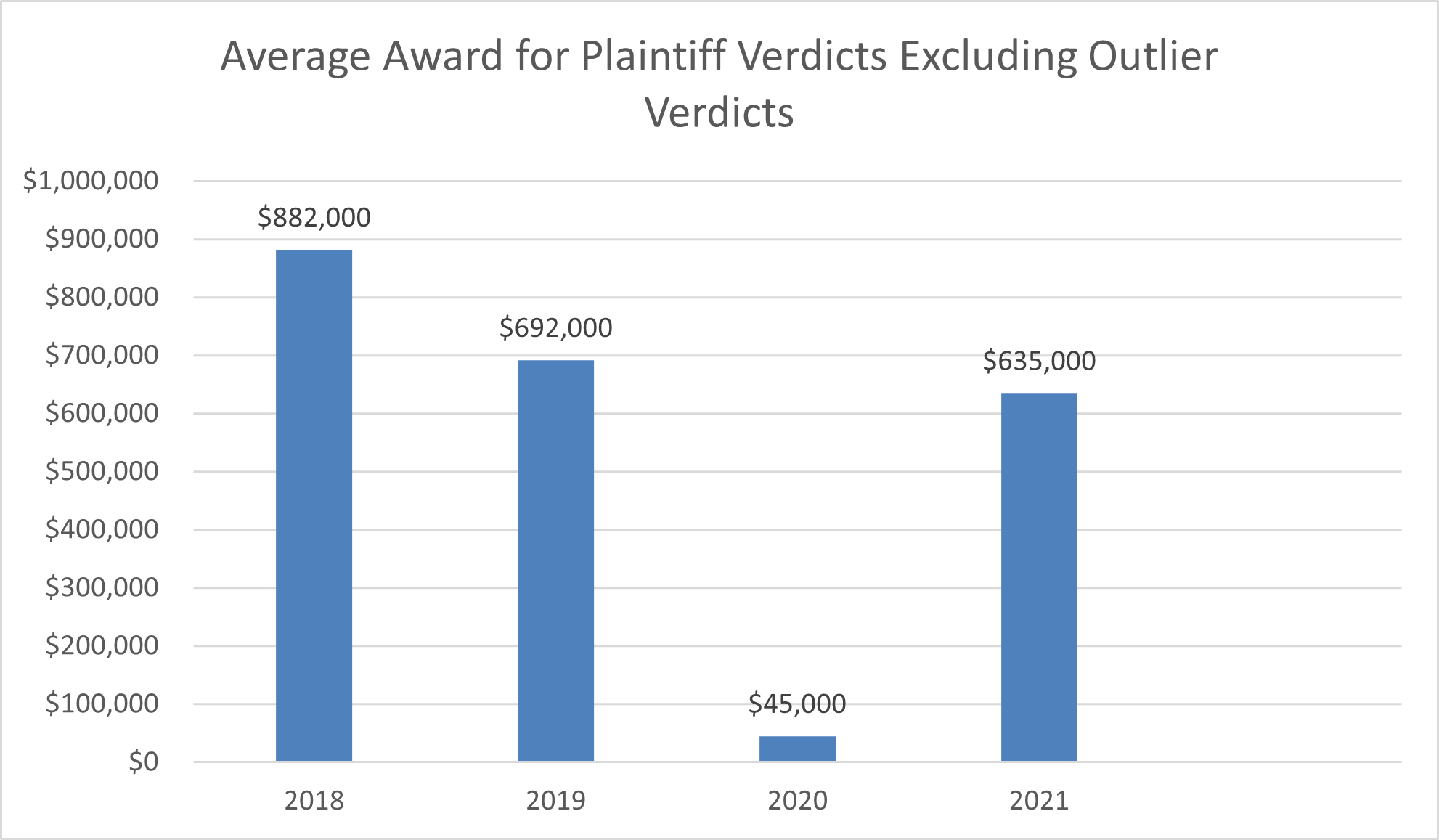 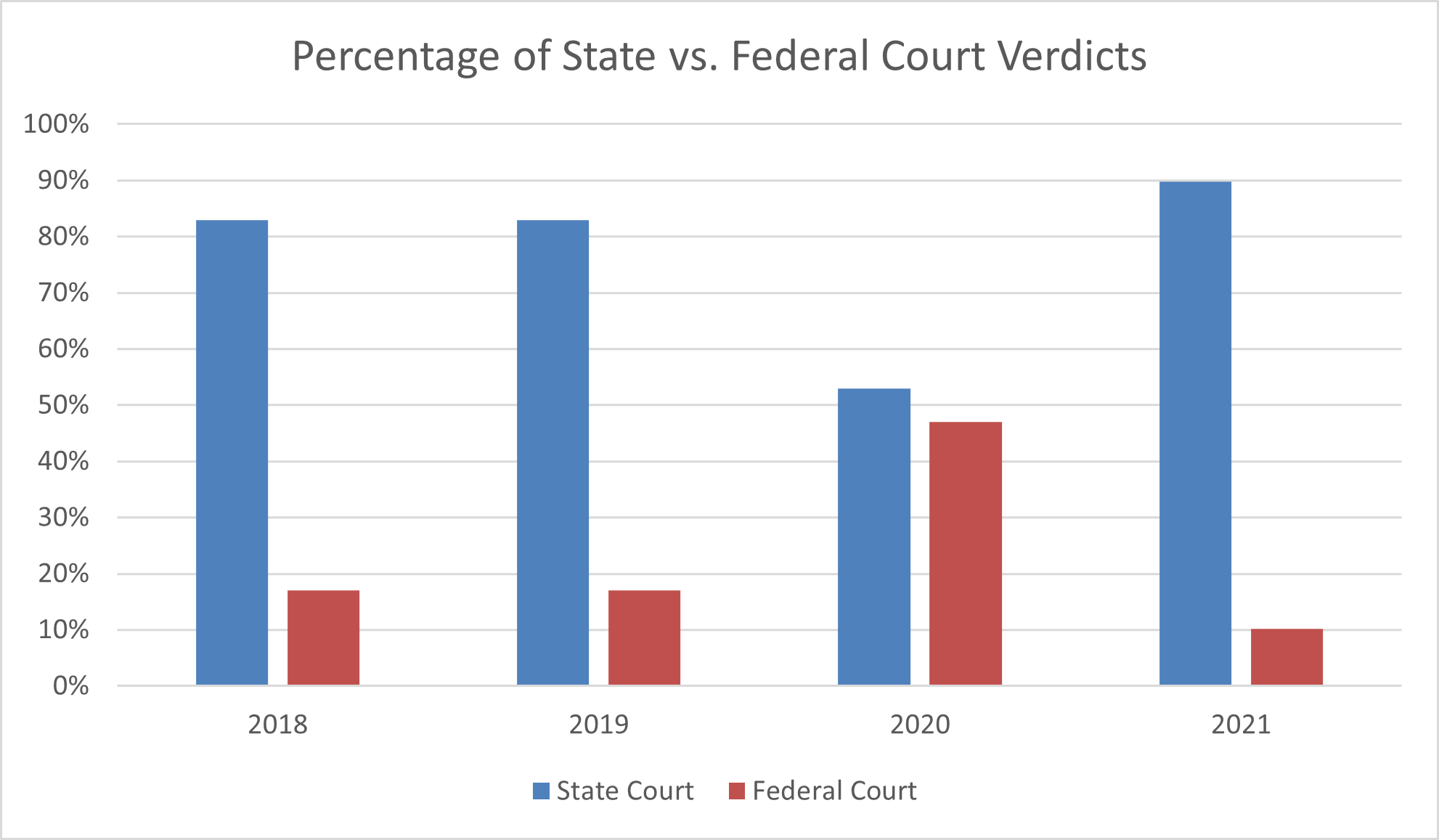 Baker Sterchi's Missouri Law Blog examines significant developments, trends and changes in Missouri law on a broad range of topics of interest to Missouri practitioners and attorneys and businesses with disputes subject to Missouri law. Learn more about the editor, David Eisenberg.

Baker Sterchi Cowden & Rice LLC (Baker Sterchi) publishes this website as a service to our clients, colleagues and others, for informational purposes only. These materials are not intended to create an attorney-client relationship, and are not a substitute for sound legal advice. You should not base any action or lack of action on any information included in our website, without first seeking appropriate legal or other professional advice. If you contact us through our website or via email, no attorney-client relationship is created, and no confidential information should be transmitted. Communication with Baker Sterchi by e-mail or other transmissions over the Internet may not be secure, and you should not send confidential electronic messages that are not adequately encrypted.

The hiring of an attorney is an important decision, which should not be based solely on information appearing on our website. To the extent our website has provided links to other Internet resources, those links are not under our control, and we are not responsible for their content. We do our best to provide you current, accurate information; however, we cannot guarantee that this information is the most current, correct or complete. In addition, you should not take this information as a promise or indication of future results.

The Missouri Law Blog is made available by Baker Sterchi Cowden & Rice LLC for educational purposes only as well as to give you general information and a general understanding of the law, not to provide specific legal advice. Your use of this blog site alone creates no attorney client relationship between you and the firm.

Do not include confidential information in comments or other feedback or messages related to the Missouri Law Blog, as these are neither confidential nor secure methods of communicating with attorneys. The Missouri Law Blog should not be used as a substitute for competent legal advice from a licensed professional attorney in your state.